What is a multimeter?

What is the difference among BINARY, HEXADECIMAL, and DECIMAL?

Binary: “In mathematics and computer science, the binary numeral system, or base-2 numeral system, represents numeric values using two symbols: typically 0 and 1. More specifically, the usual base–2 system is a positional notation with a radix of 2. Numbers represented in this system are commonly called binary numbers. Because of its straightforward implementation in digital electronic circuitry using logic gates, the binary system is used internally by almost all modern computers and computer-based devices such as mobile phones.”

Hexadecimal: “In mathematics and computer science, hexadecimal (also base 16, or hex) is a positional numeral system with a radix, or base, of 16. It uses sixteen distinct symbols, most often the symbols 0–9 to represent values zero to nine, and A, B, C, D, E, F (or alternatively a–f) to represent values ten to fifteen. “

The decimal numeral system (also called base ten or occasionally denary) has ten as its base. It is the numerical base most widely used by modern civilizations.[1][2] Decimal notation often refers to a base-10 positional notation such as the Hindu-Arabic numeral system; however, it can also be used more generally to refer to non-positional systems such as Roman or Chinese numerals which are also based on powers of ten. Decimals also refer to decimal fractions, either separately or in contrast to vulgar fractions. In this context, a decimal is a tenth part, and decimals become a series of nested tenths. There was a notation in use like ‘tenth-metre’, meaning the tenth decimal of the metre, currently an Angstrom. The contrast here is between decimals and vulgar fractions, and decimal divisions and other divisions of measures, like the inch. It is possible to follow a decimal expansion with a vulgar fraction; this is done with the recent divisions of the troy ounce, which has three places of decimals, followed by a trinary place.

http://en.wikipedia.org/wiki/Decimal
What is the difference between inductive and deductive logic?

What did you think about Honors Academy, Exploratory Math?

I think that it was a great experience

Write down your strategy for solving the Traveling Sales Person’s problem.

What is a Karnaugh Map?

” is a method to simplify boolean algebra expressions. The required boolean results are transferred from a truth table onto a two-dimensional grid where the cells are ordered in Gray code, and each cell position represents one combination of input conditions, while each cell value represents the corresponding output value. Optimal groups of 1s or 0s are identified, which represent the terms of a canonical form of the logic in the original truth table.[1] These terms can be used to write a minimal boolean expression representing the required logic.” http://en.wikipedia.org/wiki/Karnaugh_map 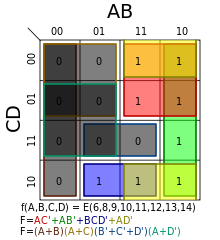 What are examples of things that are digital and analog? 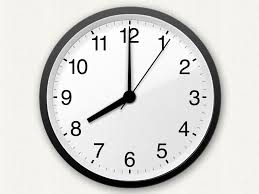 What is the difference between digital and analog?

What is a game tree?

” is a directed graph whose nodes are positions in a game and whose edges are moves. The complete game tree for a game is the game tree starting at the initial position and containing all possible moves from each position; the complete tree is the same tree as that obtained from the extensive-form game representation.” http://en.wikipedia.org/wiki/Game_tree

Give an example of an Game Tree?

Why do computers use Game Trees?

Today in new groups we used arduino,  and turned on many LEDs and did many circuits. In the afternoon I learnt the difference between analog and digital. Then we learnt about karnaugh maps and after, we started doing our city planning in our groups. 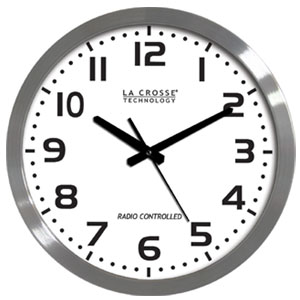 TAKE A SCREEN SHOT OF THIS

You used 2 chips yesterday, find them and link them to your post. What is the name of the 2 chips that seem most like the ones you used yesterday: http://www.skot9000.com/ttl/

What is a truth table? 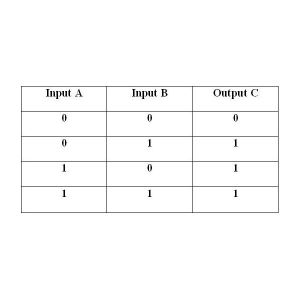 “are a pair of transformation rules that are both valid rules of inference. The rules allow the expression of conjunctions and disjunctions purely in terms of each other via negation.”

What is Ohm’s Law?

“states that the current through a conductor between two points is directly proportional to the potential difference across the two points. Introducing the constant of proportionality, the resistance,[1] one arrives at the usual mathematical equation that describes this relationship”

What is double implication?

What is an adjacency matrix?

“In mathematics and computer science, an adjacency matrix is a means of representing which vertices (or nodes) of a graph are adjacent to which other vertices. Another matrix representation for a graph is the incidence matrix.”

Today we learned about computer language and how computers think. We learned about double implication and traveling sales person. Then in our groups we worked with the arduinos and we lighted up 2 leds and used 2 chips.

What is an assembler?

“An assembler creates object code by translating assembly instruction mnemonics into opcodes, and by resolving symbolic names for memory locations and other entities.[1] The use of symbolic references is a key feature of assemblers, saving tedious calculations and manual address updates after program modifications. Most assemblers also include macro facilities for performing textual substitution—e.g., to generate common short sequences of instructions as inline, instead of called subroutines.”

What is an Arduino?

What is the Traveling Sales Person Problem? (we did not cover this in class)

What is Pre-Fix notation?

Pre-Fix noptation is a way to write down equations, when this is used parenthesis are not needed. Example + 3 4

What are the leaves of a binary tree?

What is a complete graph?

What is a Finite State Machine (FSM)?

Today in the morning I did  a graph with the countries of South America and we had to use the least amount of colours. Then, we started using arduinos and we watched a video that said many ways that it can be used for. Then in groups we lighted a led with the arduino.

In the morning I answered some questions about what I learned yesterday and used open processing. I did a hexaflexagon and we learned about post fix notation and in the afternoon we did graphs with spaghetti.